Fishing Boat Trip » What can you fish in Barcelona? » swordfish

Size: They commonly reach around 3 m in length, and 650 kg in weight.

When Do you catch it in Barcelona: Usually n the spring and also on Autumn.

Fishing Technique: Although the fishing techniques for this species are nocturnal, in Barcelona we have fished it during the day with trolling with dead fish.

As food: Swordfish is popular fish for cooking. Since swordfish are large, meat is usually sold as steaks, which are often grilled. 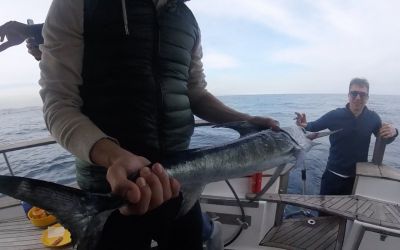 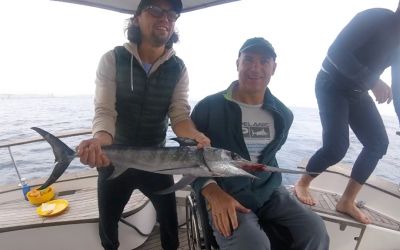 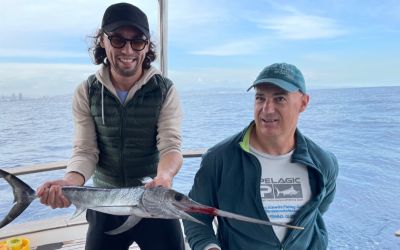